A Practical Future of Space Programs for Bangladesh 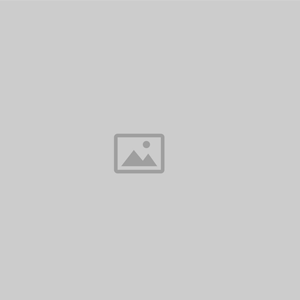 The Bridges are usually designed for 72,000 pounds for the HL-93 Design Load per American Association of State Highway and Transportation Officials (AASHTO) Standard Specifications for Highway Bridges. However, the weights of the overload vehicles are increasing day by day. Sometimes, more than 10 times of design load, even 1000,000 pounds overload vehicle need to cross the bridge. Allowing the heavy overload vehicle without any restrictions may shorten the bridge life, or it could be even fatal due to failure of the bridge. Each bridge in the USA should have to be Load Carrying Capacity rated as per requirement of Federal Highway Administration (FHWA). Load Rating is the determination of the live load carrying capacity of an existing bridge using existing bridge plans supplemented by information gathered from a field inspection. The determination of the load carrying capacity of a bridge should contain a detailed analysis of the structure, including likelihood of failure due to overloads, lack of redundancy, and other vulnerable bridge conditions and details. Basically, a bridge load carrying capacity is rated at two levels, Inventory and Operating levels. Inventory Rating Factor and Operating Rating Factor are very crucial numbers for the condition of the bridge:  Inventory Rating Level: The Inventory rating level generally corresponds to the customary design level of stresses but reflects the existing bridge and material conditions with regard to deterioration and loss of section. Load ratings based on the Inventory level allow comparisons with the capacity for new structures and, therefore, results in a live load which can safely utilize an existing structure for an indefinite period of time.  Operating Rating Level: Load ratings based on the Operating rating level generally describe the maximum permissible live load to which the structure may be subjected. Allowing unlimited numbers of vehicles to use the bridge at Operating level may shorten the life of the bridge. FHWA requirements for Rating of bridges in USA became stricter after the collapse of I-35W Mississippi River Bridge on August 01, 2007 in Minneapolis, Minnesota, USA. It was an eight-lane, steel truss arch bridge which suddenly collapsed in the evening rush hour, killing 13 people and injuring 145 people. The National Transportation Safety Board (NTSB) cited a design flaw as the likely cause of the collapse and asserted the additional weight on the bridge at the time of the collapse contributed to the catastrophic failure. This kind of catastrophic failure could be avoided by Load Carrying Capacity Rating. The Bridge Load Capacity Rating may be considered as one of the criteria of the health index of the bridge. By knowing that health index of the bridge, the load posting limit is posted if needed. Also, it is determined whether the certain overload can cross the bridge or not. Additionally, some restrictions may be applied based on the situation. As infrastructure involving roads and highways is growing exponentially in our country, Bangladesh, it is prime time to safeguard our bridges by implementing a solid, foolproof Load Rating System not only to protect our valuable communication means but also to protect the priceless human lives.